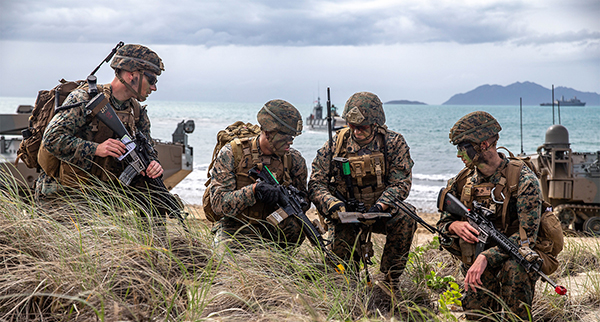 With the fiscal year ending in a few days, the Department will be forced to operate under a continuing resolution (CR). FY19 was the first time in 23 years DoD began the fiscal year with approved appropriations and a National Defense Authorization Act. Defense is one of the appropriations bills we expect to be approved before January.

As shown in Chart I, the SAC-approved bill provides approximately $20 billion (2.9%) more than was enacted in FY19. The bill provides $72.4 billion in both Overseas Contingency Operation (OCO) funding ($70.7 billion) and disaster relief ($1.7 billion). This is consistent with FY19 OCO funding – the preponderance of which ($53 billion) is used for Army Operation and Maintenance accounts. The largest percentage increase over the FY19 appropriation is in the RDT&E title, which enjoys an 8.7 percent increase. The Operation and Maintenance title increases by 4.4 percent above the enacted level. As Chart II indicates, the bill provides approximately $3.4 billion less than the $697.7 billion the President requested for FY20. As discussed in our May report, the President chose to abide by the FY20 Budget Control Act caps and use the Overseas Contingency Operations (OCO) accounts to fund operations above those caps. This strategy explains the inflated OCO levels in Trump’s FY20 defense budget. Because SAC marked its bill to the FY20 defense spending cap set by the Bipartisan Budget Act (BBA19), it could ignore Trump’s OCO gimmick. As is typical, the SAC numbers for the investment accounts are higher than Trump’s.

The House passed its full Defense appropriations bill before BBA19 was adopted. Because SAC marked its bill to the higher FY20 defense spending cap set by BBA19, the Senate’s allocation by Title should be closer to the final bill than the levels in the House bill. Again, this bodes well for DoD’s investment accounts. The side-by-side comparison of the House and SAC bills (Chart III) shows that SAC provides $6.1 billion more than the House level for Procurement and RDT&E. HIGHLIGHTS OF THE SAC BILL INCLUDE:

Night Court – The SAC report acknowledges the Army’s bottom-up review of its programs (often referred to as Night Court) as an effort to resource top modernization priorities. This includes the realignment of $15 billion from legacy or underperforming acquisition programs.

The Committee directs the Army and DoD to highlights of all program truncations or eliminations with submission of the President’s FY21 Budget. The Committee criticizes the Army’s failure to provide common acquisition documents and directs the Army to provide a report outlining the roles, responsibilities, and relationships between the Assistant Secretary of the Army – Acquisition, Logistics and Technology (ASA/ALT) and the Army Futures Command.

Border Funding – Section 8127 of the House bill prohibits the use of FY20 or of prior year funding to construct barriers or security infrastructure along the southern border. The SAC bill is quiet on this issue. SAC Democrats offered an amendment during Committee consideration to prohibit DoD funds to be used for border barrier construction. It failed on a 15-16 party-line vote. The lack of restrictions on the Administration’s border wall transfer authority is the main reason Democrats cited for voting against reporting the bill out of Committee.

Air Force Strategic Budgeting – The Committee chastises the Air Force for a stalled strategic budgeting process and directs the Deputy Chief of Staff for Plans and Programs to brief Congressional defense committees within 30 days of the release of the President’s budget on its strategic budgeting decisions. The Committee appears particularly interested in “changes to key investment programs, divestments, and out-year funding disconnects.”

5G – The Committee stresses urgency in investing in system security and resiliency to enable operations on a network infrastructure highly vulnerable to cyberattack. The Committee references the April 2019 Defense Innovation Board (DIB) report and worries about network vulnerabilities from foreign components. The Committee supports the Department’s Next Generation Information Communications Technology (5G-Xg) program and recommends a $436 million RDTE increase for the 5G-XG program.

F-15EX – The President’s budget requested $1.1 billion for eight F-15EX fighters which are the follow-on to the F-15C/D and the first new Air Force fighter jet procured in over a decade. The Committee recommends transferring $364 million from Aircraft Procurement, Air Force to RDTE, Air Force for the procurement of two test aircraft.

Readiness – As noted above in the GTA description, the Committee recommends an additional $1.1 billion that will be transferred to the O&M account and divided proportionately among the services and the Guard and Reserve components. These funds should be used to increase readiness for activities such as training, depot maintenance, and base operations support.